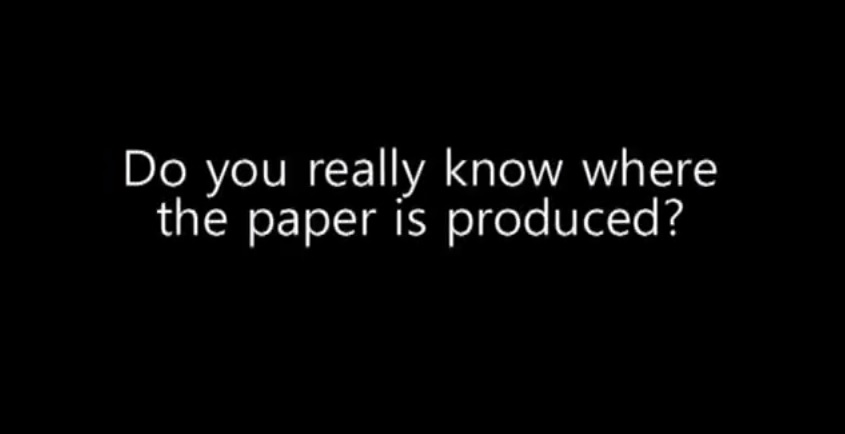 The antibacterial effectiveness of the treatment Eco Silver Paper® on our range of products is also tested against Gram Positives including the STAPHYLOCOCCUS AUREUS? Why? Let we know this bacterium a little better.

The antibacterial efficacy of the Eco Silver treatment Paper® on our range of products is also tested against Gram Negatives including ESCHERICHIA COLI. Why? Let we know a little better this bacterium. 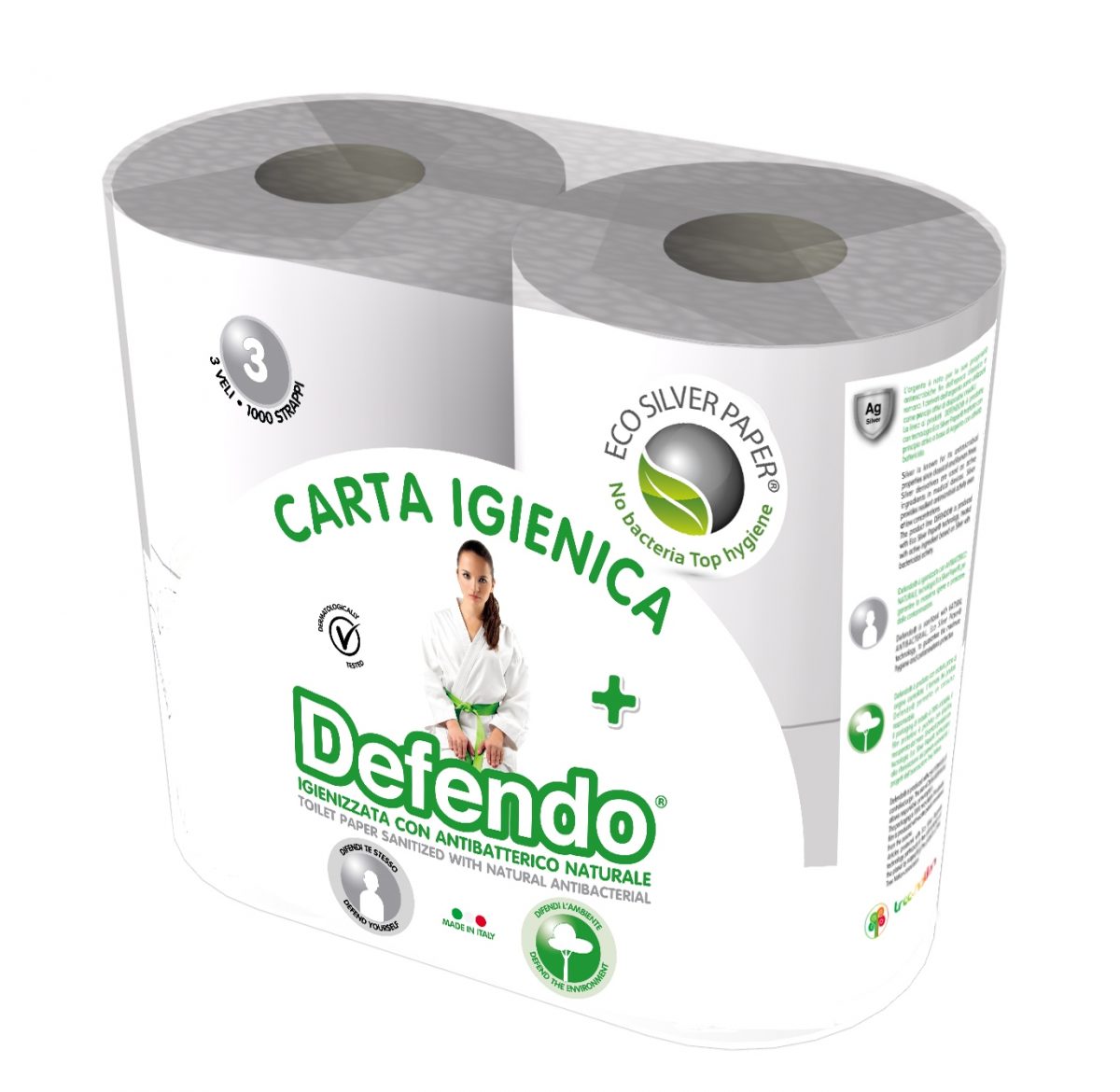 There are many types of toilet paper packs on the shelves, why invent a new one? Was it really needed? In short, we are talking about something you use to clean yourself after having fulfilled your bodily needs and let's face it, although "necessary" they are not exactly such a "clean" topic ... Yet there are at least 3 IMPORTANT REASONS that led us to the choice to innovate this item let it become a DAILY HYGIENE DEVICE. 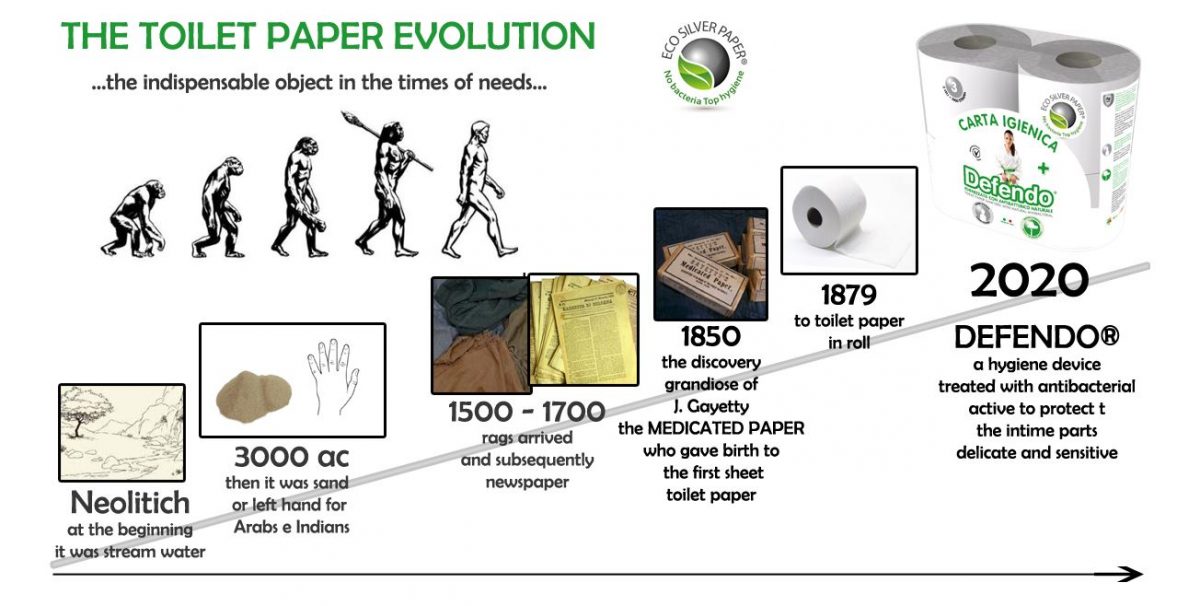 Do you think that the invention of toilet paper goes back to a distant past? Whether it belongs to prehistory or at least has a few centuries?

Actually it’s not like that, it’s much younger than inventions such as the car for example, incredible but true!

If in the East there are indications that “already” at the court of Emperor Zhu Yuanzhang in the XIV (fourteenth) century paper was used to clean up after their physiological needs, in the West it had to wait almost a half millennium more before its appearance. Here is the story of its EVOLUTION.

The neolithic man, after his bodily needs, used as a system of hygiene the water of the streams or if not available he was content with leaves or twigs.

Later, the Egyptians seem to have preferred to use the sand in a mixture of fragrant oils, which they had in abundance, while the Arab and Indian peoples used the left hand (… which is why even today handing an object with that hand to an Arab is considered rude).

The Roman nobles preferred to use sheep’s wool, while in the public baths in Rome they were provided with the species of giant cotton swabs: sticks with at the end attached a sponge soaked in water.

In the Middle Ages then the peasants made do with leaves or hay, while on the ships they were content with old peaks soaked with sea water.

Monsinior Della Casa, in his Etiquette (1558) cites curtains and fabrics hanging in the lavatories called “pieces of goods”. In fact, a few centuries earlier in convents were used tears of old cassocks to clean, even in French royal palaces next to the “comfortable” were put baskets full of pieces of old fabrics or lace.

It is in the eighteenth century that the use of newspaper that obviously gave problems of irritation due to the inks of which it was soaked (“intrisa” senza seconda “n”) began to spread, some maintain that the great popularity of the printed paper was also due to this use.

It is precisely for this reason that in 1857, New Yorker Joseph C. Gayetty “invented” and promoted his Medicated Paper, a paper for hygienic use in sheets that would have avoided hemorrhoids and problems with private parts. Here the hemorrhoids were obviously not avoided but nevertheless began to spread the use of this paper among consumers because much more delicate than newspapers. “Delicate as a banknote and sturdy as a clipboard”. That was the slogan.

Gayetty’s paper was so successful that it began to be imitated by companies such as Northen Tissue, which in 1930 promoted it because it was “shrapnel-free”!

However, we have to wait until 1879 for the first production by the Scott Paper Company of paper in rolls and in 1942 in the UK St. Andrew’s Paper Mill began to produce a softer double-veiled paper that melted better in water.

In Europe and Italy, however, toilet paper was considered a luxury item until the early twentieth century, so its spread is much more recent.

And we get to today, on the shelves we find proposals of toilet paper to one, two, three up to 4 veils, fragrant, compact or soft, embossed or smooth whose composition is the cellulose fiber that can be pure or recycled in short there is something for all tastes… but we are talking about TOILET paper which should therefore guarantee total protection and respect for that delicate part of us. But is it really like that?

The first protection of our skin, especially in the intimate parts, is represented by the slightly acidic pH that represents a natural defense of our organism against the proliferation of pathogenic microbes, so it is important to preserve and respect it, aggressive or non-decontaminated elements can act as irritants and diffusers of

ful to the epidermis. Thanks to the collaboration with analysis laboratories, and the development of our

innovative technology Eco Silver Paper® paper treated with natural antimicrobial active ingredient based on Silver, In 2020, the toilet paper becomes a HYGIENE DEVICE that fights contamination and irritation and respects the epidermis as a dermatologically tested.

Microbes have the ability to adhere to surfaces, whether they are made of steel, stainless steel, cast iron, glass, Formica, plastic, etc., they multiply rapidly thanks to the deposition of organic material and produce a sticky matrix that serves them as protection. In a short time they manage to form a BIOFILM, that is a protective "film" in which bacteria can protect themselves from external threats (such as our cleaning) and to profile undisturbed forming real "communities". HOW DO YOU KNOW IF YOU’RE FORMING A BIOFILM? HOW CAN ONE INTERVENE IF ONE NOTICES THAT A BIOFILM IS FORMED? HOW CAN WE AVOID THE FORMATION OF A BIOFILM? 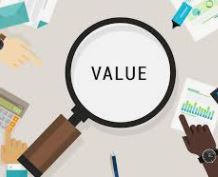 The "CHEAP" product is in the collective imagination, the one that has as its main feature the minimization of costs... 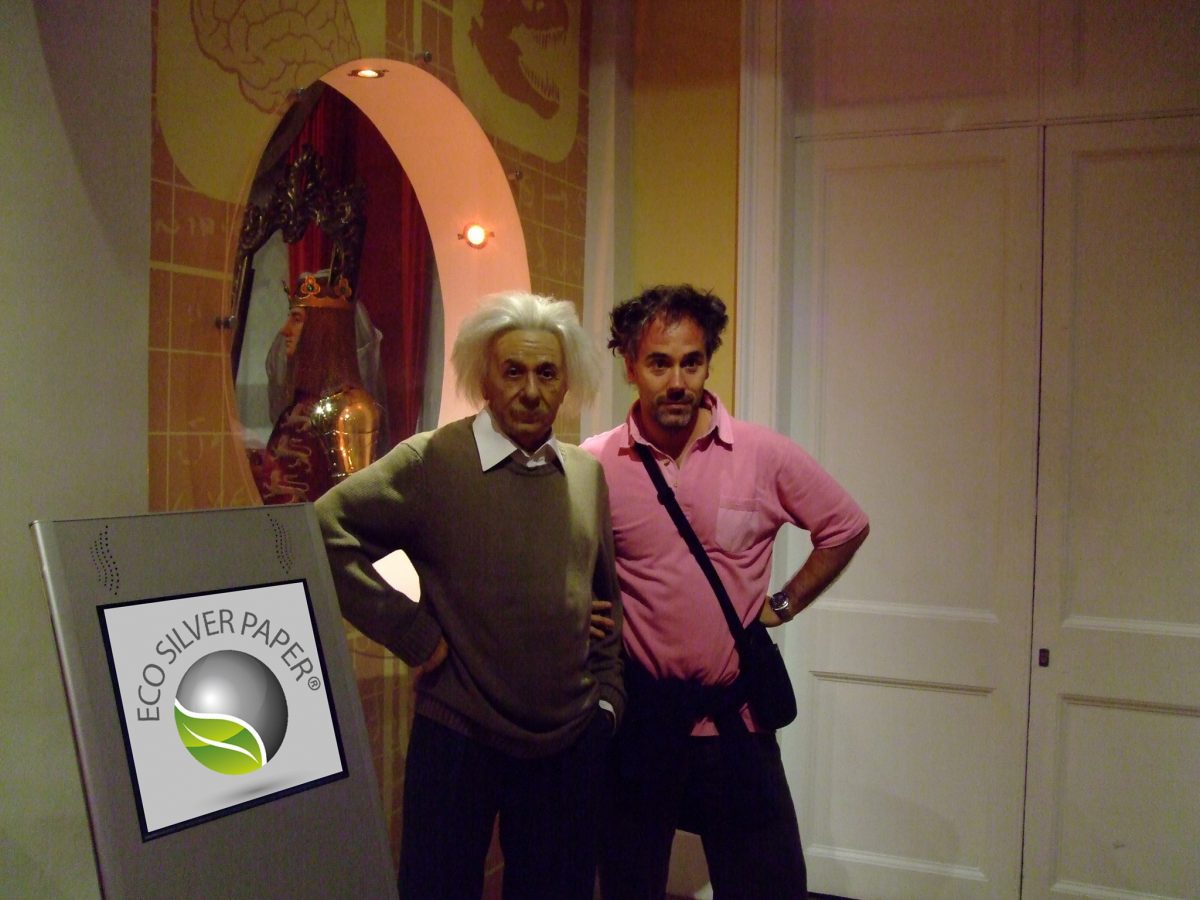 It  happens that someone of this incredible, yet sometimes so incomprehensible, human species, born with an impulse of extraordinary rebellion. 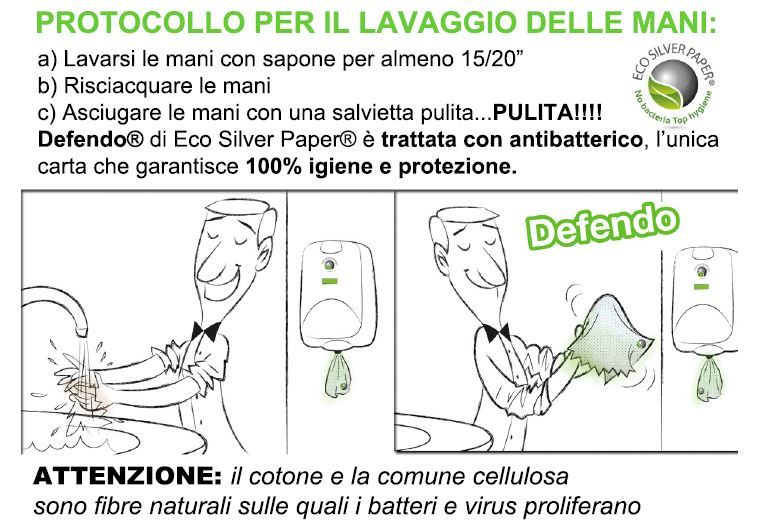 Hand washing with a proper soap is important, there are many instructions that explain... 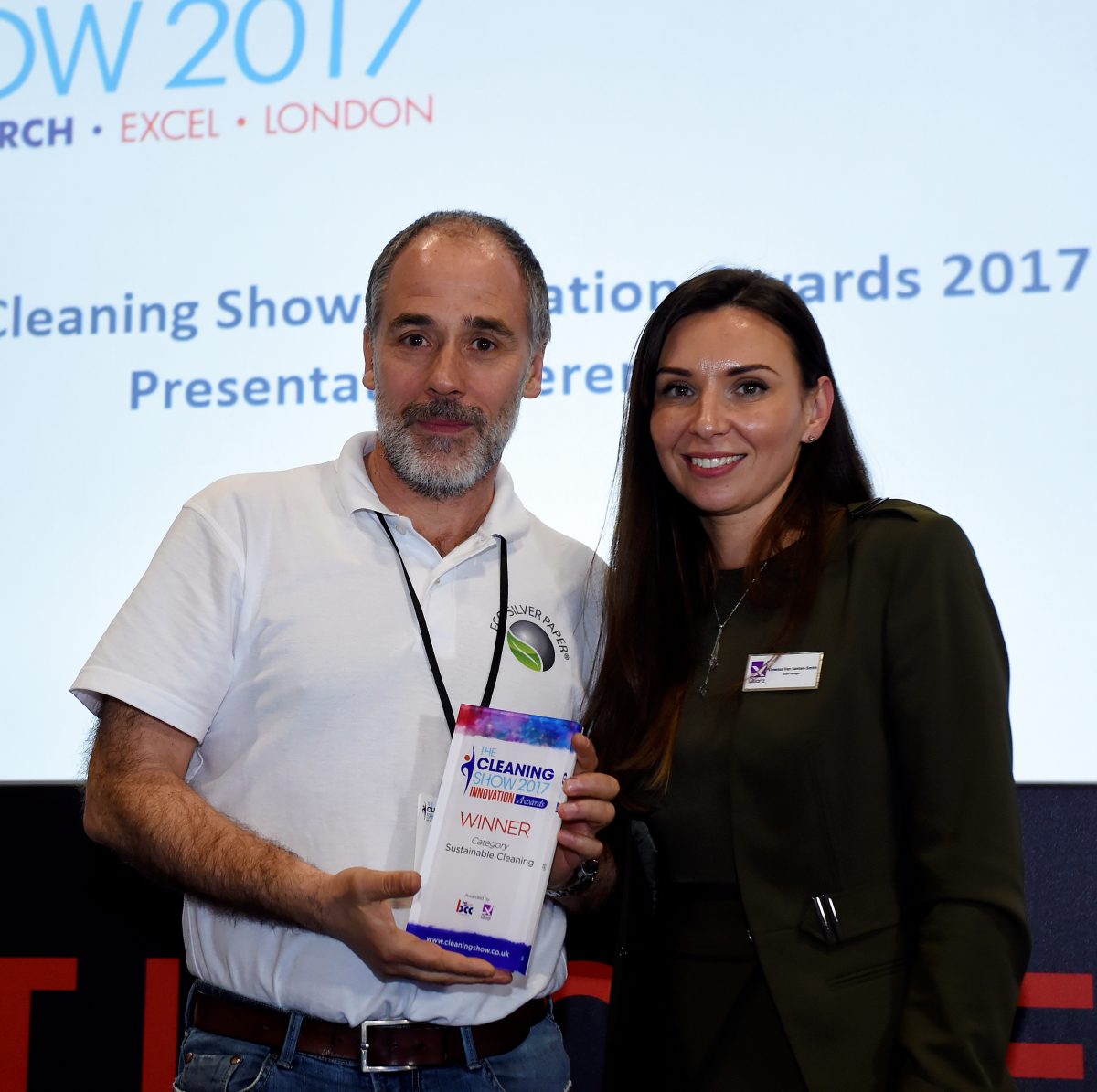 The Cleaning Show 2017 saw over 5,500 professional trade attendees including the great and the good from the cleaning and hygiene sector over three days ExCeL London, 14-16 March.
The Cleaning Show Innovation Awards are a series of prizes for the best products and services.
Eco Silver Paper arrived one of the finalists for the innovation award and after careful consideration argued with three judges appointed by the exhibition commitee, during the awards ceremony we were named WINNER!

Are you sure that your higienic paper is really “hygienic”? Do you know that a bad conservation in your warehouse of your paper products means to have an open door to bacteria? Do you know that a wastepaper basket could be a bacteria’s nursery ? Are you sure that your hands after the drying with paper towels have less bacteria than before their washing? Do you trust in the “cleaning” level of the factory where your articles in paper were produced?To answer these questions arose Eco Silver Paper. It is the first tissue in the World with antibacterial active inside that reduces the bacterial charge naturally presents in the paper. The Eco Silver Paper project has been developed in three years collaboration with some prestigious Italian Universities and Cartindustria Veneta, manufacturer with a strong experience in the production of paper products for AFH/Retail market .
Eco Silver Paper guarantees not only an hygienic level never reached before but a real defense against bacterial contamination. 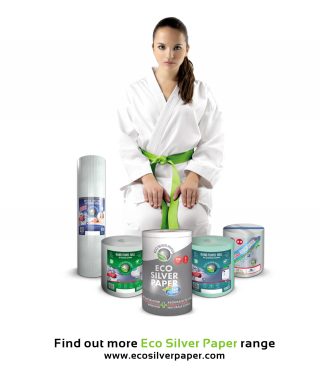